Its been said before and I have to agree.  The most rewarding hunts are those in which you help new hunters.  My buddy Jason has been duck hunting with me for the past 5 years. This year he drew a mule deer tag in central Arizona unit.  After fueling up my Tacoma and getting sandwiches in Prescott we still had three hours of traveling on rough back country roads to get to a remote area that I had been to only once before.  I knew from studying maps and a little scouting that this country had everything deer needed and we would have a few bucks to choose from.  We arrived late the day before the season and set up camp on the only flat spot we could find that wasn’t covered with rocks.  We got to bed early and hit our first glassing point of the day only 500 yards from camp.

As soon as the sun came up we started glassing deer from our vantage point.  Most of them were a couple canyons over so we decided to stay put to see what turned up.  About a half hour later we located a nice 150″ buck that would make a great first deer.  We watched the buck for about an hour until he bedded and then re-bedded.  I used my Game Planner Digital Map to estimate the distance to the buck and reasoned we would be within range if we could stalk 800 yards across two canyons which would put us on a ridge ~300 yards from the bedded buck.  Once we were out of sight of the buck we were able to make our way over fairly easily. Before long we slowly eased into some cover on a distant ridge to locate the bedded buck.

We couldn’t seem to find him in the scrub oak so we just made ourselves comfortable under a juniper and resolved to wait him out.  After a couple hours of constant observation I was surprised to see my Swarovski’s suddenly full of deer!  A heard of doe’s was hastily making their way down the canyon, they seemed to be retreating from something and I suspect another hunter bumped them our way. 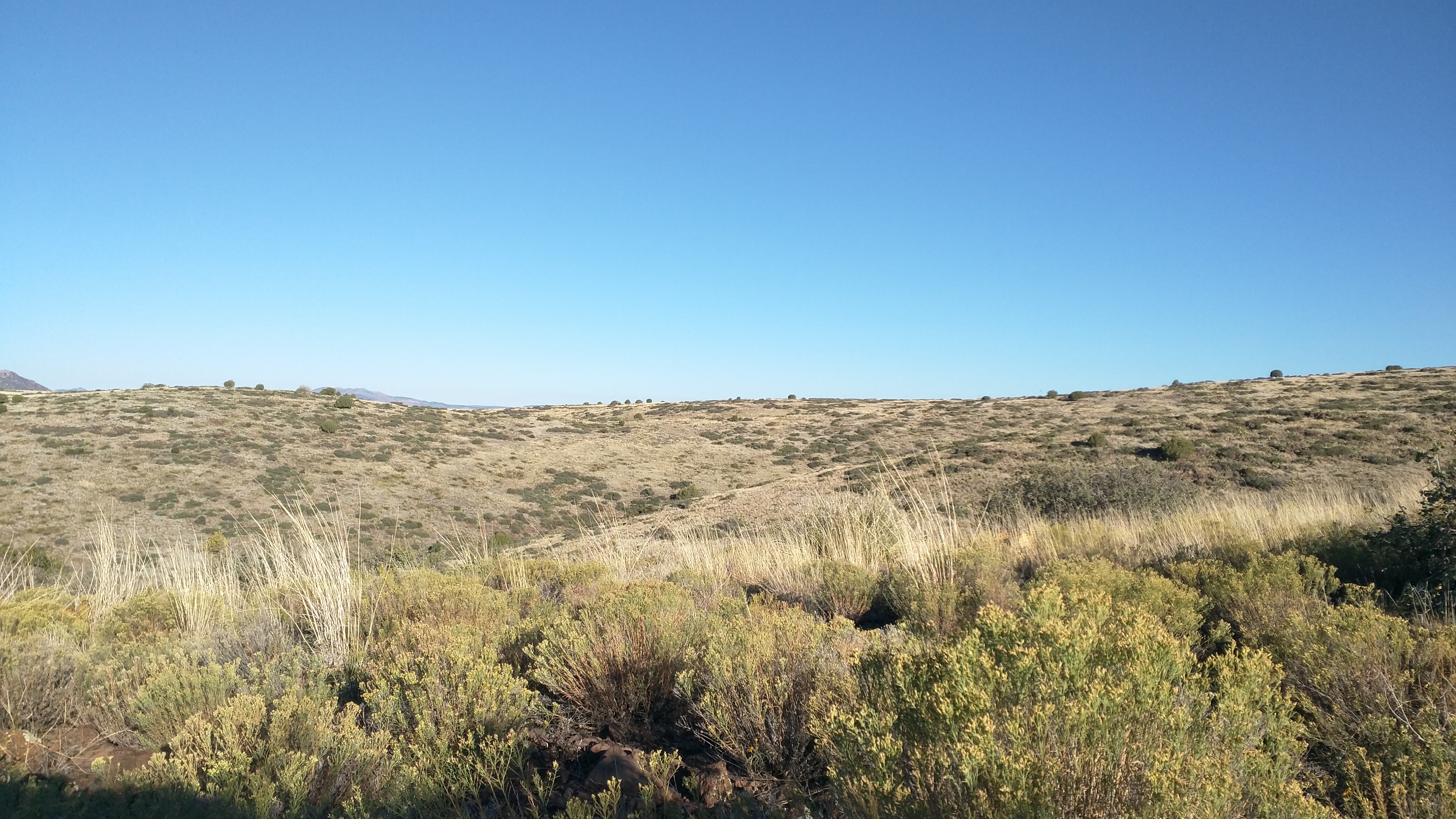 I told Jason to get ready, the buck could get up after hearing the does.  As Jason was putting his Weatherby on his tripod I picked up a set of antlers in my glass.  There was a buck skylined on the ridge directly across from us and he appeared to be traveling with two does.  His does came directly toward us following the same route the previous herd had just taken.  I was hopeful the buck would follow because it would bring him past us at less than 100 yards.  As usual the buck had other ideas.  He turned west and began traveling parallel to us on the top of the ridge.  He was moving through the scrub oak but only had 50 more yards before he would be in the open.  Jason was on him but the buck would not stop for a shot.  As he followed the ridge he began quartering away from us and the distance was growing.  Once he was in the open I realized it was now or never so I stopped him with a grunt.  I ranged him at 309 yards and told Jason to put it on the top of his back and about 5″ behind the shoulder to compensate for the nearly 15 mph crosswind and quartering angle of the deer.

At the shot the bucks front legs gave out and he careened downhill.  The recoil from shooting in the seated position briefly knocked Jason off the target. I was just about to suggest he shoot again when I noticed a fatal torrent of blood exiting both sides of the buck.  Jason asked “did I miss?”  I just replied “no, you got him”.  I had no more uttered those words and the buck was down.  I watched everything through my Swarovski 12X50 ELs, the clarity of these binoculars always impresses me.  Once the buck was down he never kicked again, the 180gr Nosler Partition from Jason’s .30-06 did its job.  It was not the buck we originally glassed up, but Jason was adamant about shooting the first buck that gave him a shot.  He definitely made good on that statement! 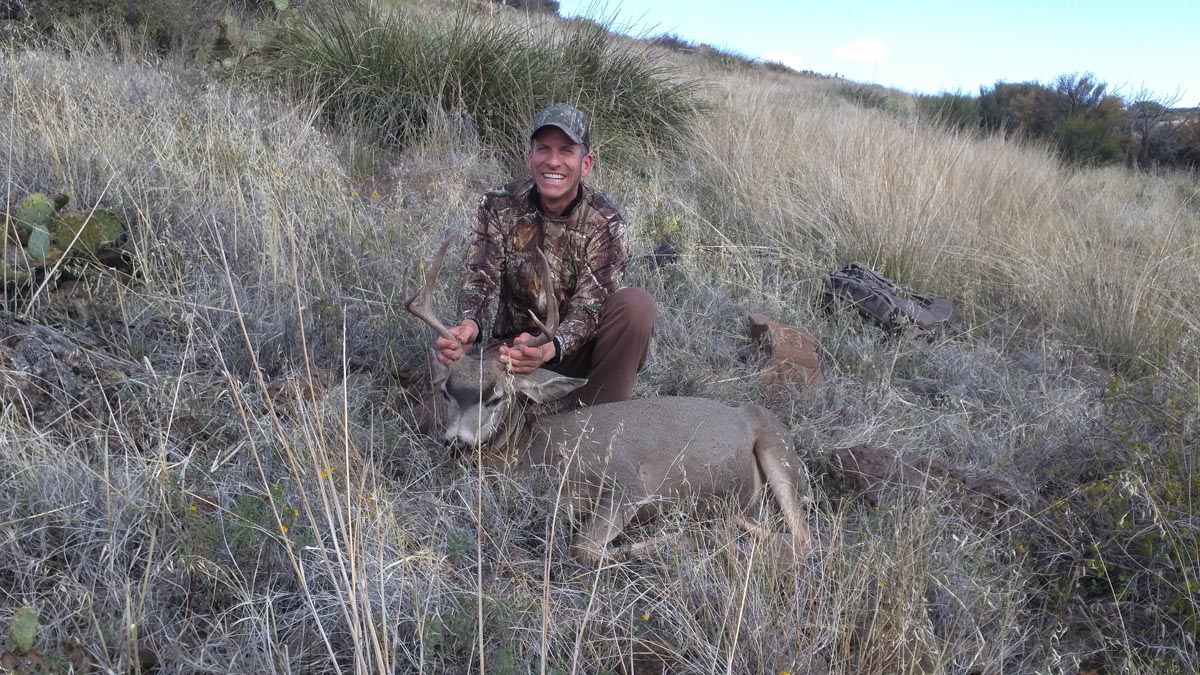 After the shot Jason was flooded with adrenaline, and I admit, I was pretty excited too.  He had made a great 300 yard shot on his first buck and he did it in a stiff cross wind.  We savored the moment, exchanged some hi-fives and handshakes, and I congratulated him again and again on the buck and the nice shot!  Before long we were packing up our optics and making our way toward his buck.  We ascended the slope to where the buck was hit and picked up the blood trail.  I gave Jason a brief lesson in blood trailing and in less than 100 yards he had his hands on antlers.  We celebrated with more hi-fives and back slapping before pictures and field dressing.

Before the real work started I gave Jason two options: he could watch and help me quarter his deer, or he could do it himself and I would coach him on the process.  He opted to do it himself and he did a great job.  We used the gutless method and within an hour we had the deer in our packs and headed back to camp.  This was one of the most fun, and rewarding hunts I have ever taken part in. I was impressed with Jason’s resolve and how cool he stayed with things happening so fast.  This hunt brought back a lot of memories of my first buck from 24 years ago and how excited I was then, I’m happy Jason got to experience that and I feel fortunate to be apart if it.  I know he’s hooked for life! 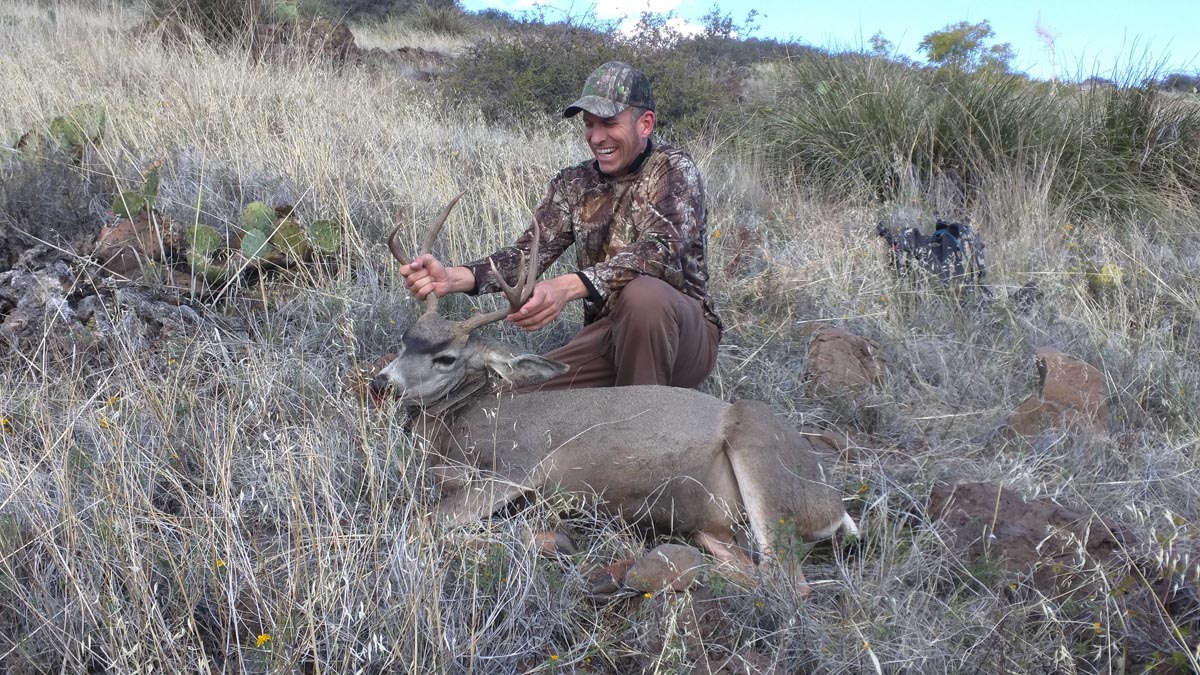